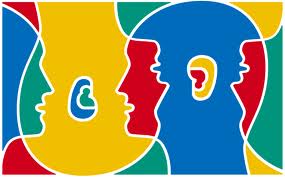 In Imperfect Pairings a woman struggles to find a common language with the man she loves, her business colleagues, the Italian family that embraces her, her own family, and ultimately, herself.

How do you survive in a world where everybody is speaking different languages?

When I was in business school I gave a speech promoting Deborah Tannen’s book, You Just Don’t Understand: Men and Women in Conversation I was quite passionate about the book, as I was about my career, staking out my place in the world, so many things back then. It seemed to trigger something deep within me. Why that was, exactly, I had no idea, for I was only twenty-six at the time. I’d a good heartbreak under my belt, a couple of banal office jobs, but that was about it. I knew little about the world.

And what was coming. 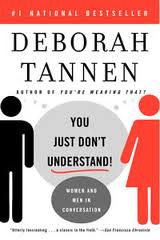 The book stayed with me over the years. “You Just Don’t Understand” was posted like a neon sign in the back of my mind, flashing red every time I got one of those blank nods from the person to whom I was speaking. In other words, pretending to understand me when, in fact, he or she didn’t—part of the fundamental problem, I believe, which is that essentially we are good people; we don’t want to hurt each other’s feelings. We’d prefer to agree with them, rather than offend them.

Later the same year that I had made the speech I was sent to Seoul, Korea for seven months on a management consulting engagement. What little I did know about communication, listening, and understanding was blown out of the water in my first smoke-filled meeting. (Eventually, I would be too, but that’s a story for Imperfect Pairings.)

The Koreans I worked with only wanted to please me. I was a guest in their country, and Koreans consider it dishonorable not to take care of their guests. Hence, they would shake their heads “yes” when what they really meant was “no.” I walked into many brick walls on their watch, as did our team, and we accomplished little of what we’d set out to do (downsizing, though we didn’t position it like that).

Language is fundamental. We know this intuitively, but does the realization penetrate through our thick American sculls? Why is it that many people in Italy speak at least two languages, while people in America speak only one? Guilty. We can’t get through to one another because we’re stuck in our own myopic world. 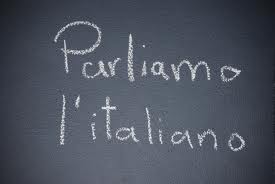 A man speaks one language, a woman the other. He might as well be speaking Italian and she English. Sure, you are communicating on some level, perhaps you’ve even gone to counseling sessions or have read all those books about how to communicate with the opposite sex, just like you do studying Italian or Spanish, memorizing and practicing all those words and phrases, but do you ever really understand what this person is telling you? What’s in their mind, heart, soul?

I guess the real question is whether there is anything we can do about it.

And if not, maybe we just keep practicing.