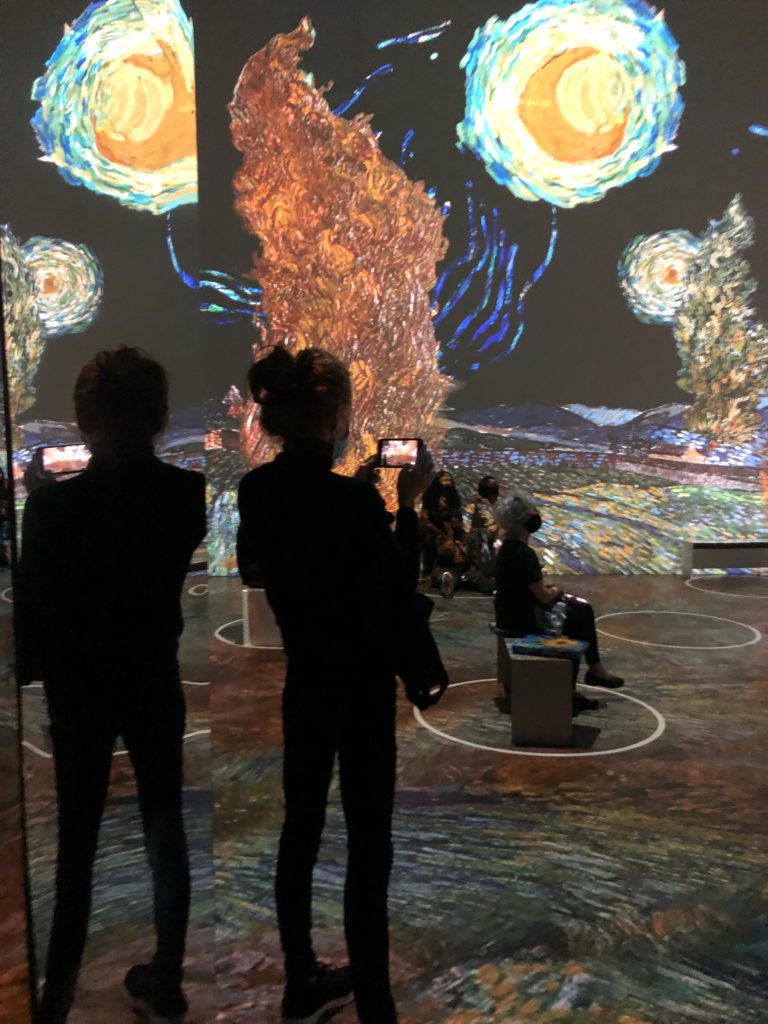 Eight months ago, my eighty-four-year-old mother, who is constantly trying to improve and inspire me, who feels as if she knows me deeply, and in many ways she does, sent me a five hundred dollar check with this directive. I must spend the money on two things:

I’m going to get right to the punch line and say that I am 0 for 2.

Let’s start with the ballet classes. Once, a long, long time ago, I wanted to be a ballerina. I thought this was my destiny. My mother, as a girl, also envisioned herself as a dancer and even choreographed a few productions in her college days. Neither my mother’s dream nor mine, as dreams go, became reality. It would be so good for me! she exclaimed, regarding the adult ballet classes. Of course, of course! was my response. Time passed. She kept asking me if I’d found a class. I had, there was one right around the corner from me in the Flatiron, but I didn’t tell her that. I told her that the classes were on Zoom, it was the pandemic, etc. I’d wanted to go, really I did, but then I would envision my fifty-six-year-old sardonic self leaping jetes across the dance floor in a tutu… She finally stopped asking me.

I’d already read about the “experience” and had thought seriously about going before she’d mentioned it. I love Van Gogh. The exhibit was at South Street Seaport and would have been easy for me to get to. But after a cursory reading, I began to picture the experience as if someone had turned Van Gogh into Micky Mouse and I was going to his Disneyland. What is an immersive experience anyway? Do we have to add movement and song to everything? Shouldn’t we be going to the museum and observing his paintings in contemplative silence, which I’d done on many occasions in different parts of the world? Would Van Gogh’s tortured soul have wanted us to view his work in this way? Will we soon not be going to museums at all, once art turns into digital assets and we’re living in the metaverse, where nothing is real?

My mother kept asking me if I’d booked my tickets—she’d booked hers for January, seven months out, in L.A. I finally lied and told her that yes, I’d booked them for August. August rolls around. How was it? She wanted to know all about it! I described this imaginary version of what I’d anticipated the experience to be like, with rides and interactive exhibits in a sprawling outdoor space. People wandering around eating popcorn and peanuts and taking selfies.

Fast forward six months. It is January. I am in L.A. on an extended visit with my mother. It is a quiet Sunday, I am hanging with her dogs, and she and her husband are set to go to the exhibit that afternoon. As the hour approaches, his chronic back pain settles in and he can’t go. She is almost relieved when she asks me if I will take his place, which would mean she won’t have to drive, that she can take in the sites and not have to worry about the chaotic freeway interchanges that have recently become more disorienting for her, that she won’t have to pre-empt every little journey mishap so that her husband’s discomfort won’t cause frustration or ill feelings—this is supposed to be fun, after all.

Do you mind seeing it again? She looks at me with those eyes.

It was a beautiful, sunny, warm day; a touch of the Santa Anas. No traffic. We cruised a breezy thirty minutes up the 110 to Hollywood, where my mother grew up and where the exhibit was. We passed by the Catholic elementary school she attended for eight years, drove down the streets she and Mary Tyler Moore traipsed to get to their dance classes, or to Mary’s aunt’s bungalow, where they played dress-up in her fabulous gowns. Some of the stories I’d not heard before, those she regaled to me with such awe and delight as I’d not seen from her in a while. She’d been under some stress recently.

Parking was easy, near the old studios. (She knew every inch of this town.) We stood at the corner of Sunset and Vine and she pointed at The Palladium, where her mother, a nurse, had worked as a volunteer helping returning war veterans find places to stay. She even brought one home once. An Air Force pilot, my mother’s eyes swooned as she told me.

The exhibit venue couldn’t have been more relaxed. An old converted warehouse that used to be Amoeba Records. Neither sprawling nor outdoor, the show streamed in a continuous loop on unadorned walls, floors, and ceilings in two, big rectangular rooms. There were only a handful of people, and we walked in as the Starry Night sequence rose up all around us to the sound of Bach’s Prelude Cello Suite #1. Like the others, we stopped, stood still, and became entranced at once. My mother standing behind me, beside me. Everywhere. So close.

Tasteful. Not overdone. Forty minutes. We found a bench to sit on. I could feel the hairs prickling up on the back of her neck.

On the way home, she asked me how this one compared to the New York version. I said that, while they were very similar, there was something about this one, I couldn’t put it into words, that was better.

Experiences come to you; you don’t always go to them. I was destined to see the Van Gogh immersive experience like I’m probably destined to stretch a leotard over my aging body and take that adult ballet class. Yes, the world is changing, we are changing, but art is always beautiful no matter how we take it in, especially when we open our hearts and minds and are sharing it with someone we love.

Jackie Townsend is the author of four novels, including, Riding High in April (August 2021, Spark Press).