Things we don’t talk about 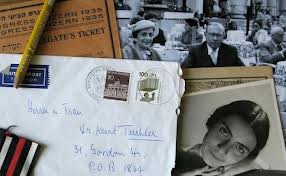 In The Flat, filmmaker Arnon Goldfinger unravels a family mystery while cleaning out his deceased grandmother’s Tel Aviv flat, where she’d lived with her husband for over sixty years after immigrating to Palestine from Berlin in the mid 1930’s. Entering the flat was like visiting a little Berlin, Arnon narrates as the film opens. His grandmother continued to speak, read, and breathe only German. She’d left her home, but her heart remained there.

Amongst a treasure trove of trinkets, books, bric-a-brac, antiques, letters, not to mention an entire attic filled with luggage, Arnon finds a series of documents and newspaper clippings that connects his grandparents with a mysterious Nazi, von Mildenstein, and his wife. Arnon’s subsequent detective work reveals some haunting truths, mostly about how we as humans cope with painful and catastrophic events we don’t want to remember.

“What for?” Arnon’s mother, Hannah, wants to know why her son feels the need to probe further. Past truths hold no interest for her, and repressed memories and denial are what this film is ultimately about. Disassociation is an affliction we all suffer from in varying degrees. A significant event causes enough pain to shut down the mind; we detach the event with a razor sharp knife and lock it in a vault; and we continue living. WWII, the Holocaust, 9/11 are examples of the types of events that might call these drastic coping mechanisms into action.

Arnon discovers that his grandparents continued their relationship with the von Mildensteins even after the war and its atrocities were revealed. Old and dear friends, they made visits and exchanged letters and gifts until their deaths. To better understand why a Jewish Zionist couple and a Nazi propagandist could possibly remain friends, Arnon makes a visit to von Mildenstein’s daughter Edda, in Wuppertal, a quiet town near Dusseldorf. Edda is cultured, educated, married and knows nothing of what Arnon is talking about. Her father was not a Nazi. He was a journalist and traveled during the war. She is pleasant and accommodating with Arnon’s persistent, uncomfortable probing, returning with new facts. In the end, she refuses to believe the evidence. “Is there anything else?” 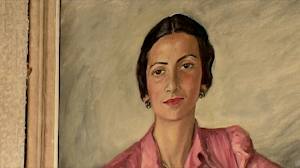 But now we know the answers, Arnon pleads with her. He has taken her to Berlin to meet Edda and visit the grave of Hannah’s grandmother, a woman she adored as a child, and yet remains ignorant about how she died. Arnon and Hannah are lost now amongst the verdant, overgrown graves. The rain is dense and endless, and Arnon, angry and frustrated, is demanding to know how these new revelations make Hannah feel.

“I don’t feel anything,” she says.

Arnon is in disbelief, disillusioned, and so Hannah apologizes, though she is not sorry. “Emotion is something you either have or don’t,” she says. “It’s not something you can learn.”

I have often asked my husband about his family’s experience during WWII, in Italy. The response is always the same. A firm tone, “We don’t’ talk about these things, Jackie.” It is the same response every time I ask. Like Arnon, I can’t seem to help but ask. We, the generation removed, distanced from the pain, a Freudian generation, curious, taught to share our feelings, to search for truths, to analyze their effects on the here and now. The people left standing. Who are you? I look into his eyes and wonder. What happened along the way?