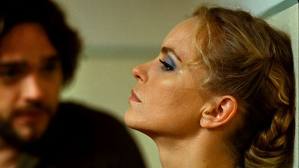 Barbra. We all know her. She is now in a film with Seth Rogen, which I have not seen, and may not see. For I want to remember Barbra in Funny Girl and The Way The Way We Were, movies I saw as a girl and that left me with dreams of someday being Ziegfeld’s leading lady, too. Not to mention plans to fall in love with an Omar Sharif or Robert Redford of my own (and then be left tragically heartbroken by them, as the stories go). I want to remember her in movies like Hello, Dolly, What’s Up Doc, and A Star is Born, because back then fighting the odds to become a superstar was possible, anything was possible. I never thought that one day Barbra would become simply Barbra, an overbearing Jewish mother. 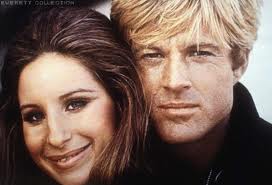 Keeping Barbra (and Bob) in my time capsule, I went to see Barbara. The polar opposite of The Guilt Trip, Barbara is a German language film directed by Christian Petzold. Set in 1980, Barbara (Nina Hoss), a doctor from East Berlin, is exiled for reasons we don’t entirely know to a remote village in East Germany. We later learn it’s because she had applied for an exit visa, at which point I had to stop and think. Yes, in pre-89 East Germany, it’s illegal, or was illegal. Barbara is a traitor, a deviant, and must be observed at all times, even on this desolate little speck of earth where she is now confined. If it’s not the secret police, or the kind and curious doctor she works with, it’s her neighbors. She is constantly looking over her shoulder, as are you, by way of the mise en scene and exquisite direction, you live these hours alongside Barbara on relentless edge. 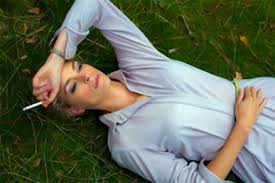 Moody and grey gales kick off the sea and sweep through verdant brush and undulating fields, the only sounds to accompany Barbara as she labors on her bike along a lonely, windswept path to and from the hospital where she devotedly tends to her patients. Hitchcockian, gorgeously shot, simplistically paced, it’s a movie that creeps up on you, and then leaves you stunned, thinking back on what actually did happen which was not much: a stranger leaving her a wad of cash; a tryst with her Western lover in the woods; nightly readings to a desperate young female patient; tense yet tender exchanges with the hospital supervisor. You want to wrap a wool shawl around your shoulders as you watch the cold, fiercely private Barbara maneuver in her imprisoned life, ceaselessly ruminating (and smoking), with a painful intensity. What is her next move? How long will she put up with this world of isolation and mistrust? All the while a yearning from within pervades, desire, an uncanny compassion, a slowly evolving emotion… Love? Indifference? Resolve?