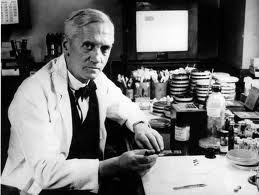 It’s amazing what we can accomplish when we work together. While competition fosters the advancement of ideas and a necessary taking of risks, it is collaboration that makes the difference when it comes to life and death. This is the message I took away after seeing this short and powerful documentary, “The Miracle Drug.”

In ten minutes the film concisely and eloquently describes how Penicillin was fostered to fruition. What a difference war and peace make, for while Alexander Fleming made significant strides in the drug after watching millions die from bacterial infections on the battlefields of WWI, it wasn’t until WWII broke out twenty years later, when the government made Penicillin their mission, that the drug moved from an experiment to a life saving reality.

Sequestering a team of cross-specialists for the first time, doctors worked side by side with chemists and microbiologists, and big pharmaceutical companies were forced to share secrets and band together. The drug was developed, approved, mass produced, and on the battlefield saving lives in a fraction of the time it might otherwise have taken. 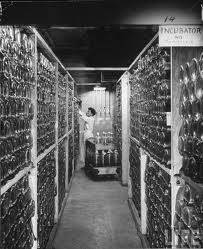 Gritty archive footage of soldiers on battlefields and doctors in laboratories overlay with the filmmaker’s assured narration and the subtle, pulsing background music from the TV show House. This alone I thought ingenious, for isn’t Dr. House the poster child of collaboration? The brilliant mastermind behind medical puzzles, even he admits that he couldn’t be effective without a competitive group of individuals, a “team” at his disposal. The film creatively sews this and other media together to deliver a compelling message to the audience.

The documentary itself was a collaborative effort by Jake Barrett, Mathew Nolan, and Sean Pine, and was nominated for the 2012 National History Day award, where it competed with 100 other contestants for the coveted honor awarded to a select group of middle school students. Wait, middle school students? This, I would not have believed unless I’d been told. I feel better about my future already, in the hands of kids like these.

I wonder how many days it took the kids to complete the film. I imagine they were under pressure.

Under pressure with a team, perhaps is where we do our best work.