The Lost Weekend…a weekend of loss

The Super Bowl might have been a Lost Weekend for Broncos fans, but I’m not talking about the Super Bowl, which I didn’t watch. What I watched instead was a double feature on Turner Classic Movies 31 Days of Oscar—12 Angry Men followed by The Lost Weekend.

The films are heavy, black and white journeys into the abyss called the human psyche, with superstar casts. The first film, 12 Angry Men (1957), plays out in a jury room where Henry Fonda (Juror #8) masterfully convinces the other eleven ready-to-convict jurors—made disgruntled and angry by the room’s stifling swelter—what the words “beyond a shadow of a doubt” really mean. This, at a time when Dylan Farrow has written us a letter reminding us of how those words “beyond a shadow of a doubt,” have destroyed her. Woody Allen, her adoptive father, was found innocent of sexual abuse charges because of those words. “We’ll never really know the truth,” Henry Fonda’s character says in his final monologue. “We only know that we have doubt.” 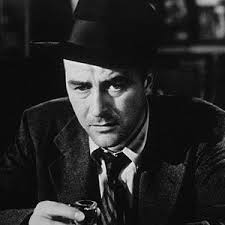 “Don’t wipe it away, Ned. Let me have my vicious circle.” Don, the chronic alcoholic in The Lost Weekend, moans this at the weary bartender whose been serving him drinks for far too long. Don is one shot of whiskey into a four-day bender. The vision of the wet rings from the glass on the bar counter have a visceral effect. Circles—they have no beginning and no end, Don says. Don knows where he’s going, his embittered eyes scream it as he puts back his fifth shot and counting (the rings don’t lie)—there is no return from this place. Viewers rejected the film in test screenings, and the studio was prepared to write it off. Then Hollywood buzz took over, and it became the biggest movie of 1945, winning Oscars for Best Picture and Best Actor (a powerful Ray Milland).

Who can’t, in some way, relate to the rings? 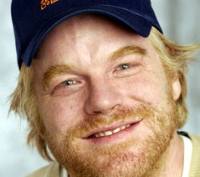 I thought it a little ominous to find The Lost Weekend playing on the same day a favorite actor of mine, and millions of others, died of an overdose, that his fans were gathering at his west village apartment blocks from where I sat watching this film, where I searched for, what, comfort? Watching Don Birnam stumble around in his own personal hell and wondering how it ends? How does hell end? Trying to reassure oneself that he’s not alone, that there are people out there like him, that maybe he could help those people, in Don’s case. But could he? Was he, in fact, alone?

I hope Mr. Hoffman found peace where he went, that it’s beautiful there. Painless. He will be missed. In fact, I sit here and wonder what we’ll do without him. My first encounter with him was at an off-Broadway theater back when I first moved to New York in 2000. He was playing opposite John C. Riley in a electrifying remake of Sam Sheppard’s play, “True West.” He was magnificent. Then, and ever since, his acting has always affected me deeply. He’s so agonizingly soul searching in every part he plays. The Master, Capote, Before the Devil Knows You’re Dead, Magnolia, The Savages… (I didn’t see the blockbusters). 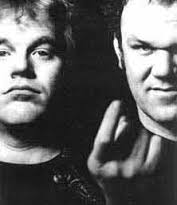 This is what I like about Turner Classic Movies. People say that they don’t want others to tell them what shows or films they want to watch and when they want to watch them. The birth of the DVR, hands down the best invention ever, my mother keeps telling me, and she would be right. Now add streaming from Netflix, Apple TV, and all the others.

But often, when it comes to films, especially old classics, I don’t know what I want to watch. I want to be surprised, to be presented something I might not select on my own. I want there to be some mystery, a reason why this film I’m having this connection with happens to be showing at this exact moment I’ve switched on the television in the hopes of being swept away by something, unplanned, as if it’s saying, “There you are. Exactly the person I’ve been looking for.”