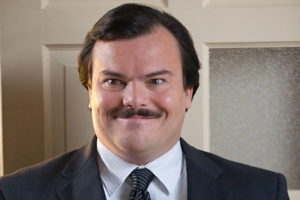 1. It’s a true story. And truth is stranger than fiction.

2. It is hands down Jack Black’s best performance, and you will hear him sing some amazing gospel along the way.

3. If corpse cosmetology is your thing, you will learn a thing or two, like fingernail etiquette and lip drift.

4. You will laugh out loud when you probably shouldn’t. This is, after all, about the ruthless murder of an old rich widow by her sweet and doting benefactor Bernie. Even if “there are people in town, honey, that woulda shot her for five dollars,” no one deserves to be frozen like a popsicle.

5. It gets better. These lacerating, deadpan pronouncements made by the actual townsfolk of Carthage straight into the camera start to snowball. There’s a chance that a big guilty “HA HA!” will escape you quite often.

6. No brainpower required. It’s like a drug, an hour and a half of stupefied awe. Displacement. You will not know where you are. And no need to figure things out. No DNA trails, no suspects or witnesses. You know who did it.

7. And the darkness is actually rather light. The director stays away from getting underneath Bernie’s dark psyche. How someone so gentle, kind, so “angelic” could snap and become an “Angel of death.” We don’t analyze Bernie. What you see is what you get.

8. Which leads to the healthy reminder: we can’t always get into the mind of another human being.

9. You get a colorful insider’s view on the state of Texas, particularly rural East Texas, “Where the south begins.”

10. And if you feel saddened by the ending, you won’t leave disappointed because you will know where the “squirrel hunting capital of the world” is. I won’t give away the name, but it’s a “He’s my cousin, he’s my Daddy, she’s my sister” kind of place.

Poor Bernie, “He shoulda just shoved a pillow over her face.”