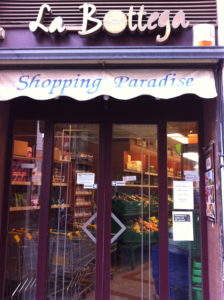 Like with wine, my relationship with food has morphed and grown. The girl who grew up thinking mashed potatoes came from a box, ravioli from a can, and pizza from the freezer. Cooking for me was about ripping apart packages. Now, after some years married to an Italian, I’m all about chopping, dicing, sniffing, and hunting. Untainted earth. I can’t buy a tomato unless it’s in season, a fish that isn’t caught in the wild, a chicken without its feet still intact. I go to the farmers market with my canvas bag and scoff at stalls with unbruised fruit. Pretty soon I’ll need to crawl back into the earth, or swim back into the sea’s dark depths. The beginning is where I want to be. Free of impurities.

Or I could just go to Rome. Where the world began. Where Caesar sucked his olives and drank his wine and ate his bread—the fruits of the earth.

My imaginations of Italy and food are of this: a stolid, determined woman toiling away in her kitchen, pinching out pasta shells with her thumb, gathering tomatoes from scraggly vines hanging off her balcony railing, snipping basil from the spice pots cluttering her window sill. I see her trudging up a cobbled slope to argue with the macellaio about the best cut of meat, over to the salumeria to admonish the owner for yesterday’s salty parma. I see her waddling over to the panettiere to get the first batch of bread. And yes, my imaginations are real. I have eaten meals with these beginnings, and have never once been disappointed.

But let your imaginations run wild into the gutter, for there is this thing now in Italy. It’s called the supermarket. 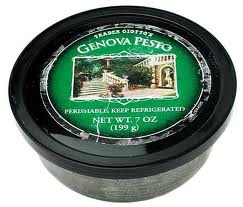 I discovered this phenomenon only recently, on a visit to Rome, when one night I was served the most fabulous pesto I’ve ever eaten. My cousin’s wife is an excellent cook, not to mention a young beauty and working mother of three. “It’s from Genova,” she said proudly (it is where she is from), and then she ran and got the package to show me.

She was not ashamed. Which left me ashamed for thinking she might be ashamed. Like I might be ashamed if I cooked with a microwave. But no, this is simply how the modern Italian woman cooks. Plus, I don’t think Italians are ever ashamed. It didn’t taste like it was from a package, and it was this, above all, that confused me. 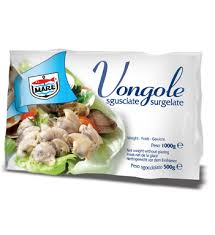 The next day I accompanied her to my first Roman supermarket. Other than the ancient external façade, once inside it looked like any old supermarket, unmemorable, disorganized, fluorescent. Let’s put it this way. It was no EATALY. I followed her around while she threw items into her basket, our three course meals for the next few nights. Everything was pre-packaged, including the meat, including the fish. Nothing said organic or free range. The bacon was pre-cut into cubes for the carbonara, the ricotta was from a carton, the vongole frozen, the agnolotti vacuum packed.

I’ve eaten homemade agnolotti many times in Italy, and yet when I ate hers that night I could tell no difference. The chicken was succulent, though it didn’t hurt that it was rolled up with slices of prosciutto into little fingers. Nothing tasted preserved. Nothing tasted tainted, even the quiet ease and grace that always exudes from an Italian kitchen, extraordinarily. No fuss. No noises. No sighs or banging. One might thing there was no effort put into it at all.

One night, in between feeding three kids, to accompany our meal she sets out a loaf of warm, homemade bread.

She laughs at my astonishment, and, ever humble, tells me not to worry. She didn’t have to do anything. It was made with the Bimbi.

“Ah Bimbi,” I respond, a mischievousness gleam in my eye, for while I’ve heard of this Bimbi, I’ve never actually seen one. Many Italian women have them but few talk about them. Like the supermarket—that crass American invention—the Bimbi is hush hush. All I know is that it is some kind of big contraption that can make almost any dish. From pudding to pasta, from cake to pizza, the Bimbi does it all.

It’s hard to imagine an Italian woman cooking in this way, throwing a bunch of ingredients into a machine and pressing start. Scooping pesto from a package. But what I’ve come to learn is that it doesn’t matter. Unlike processed food in the U.S., processed food in Italy tastes how it should taste, like food, real food, food for the soul, the kind of food that makes me, ironically, avoid supermarkets back home. 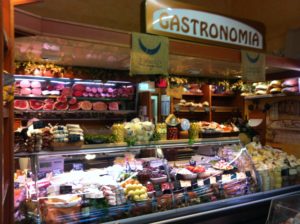 When in Rome. So be it. I now shop at the supermarket, too, on my visits. I pass by the macellaio, the salumeria, the focaccia stand, the panettiere, where all the tourists are crowded, and head to the supermercato. Ah, here is where all the Italians are, goes my silent cheer upon entering. They’ve figured it out, just like we—gli Americani —figured it out (before we unfigured it out)—that it’s easier and more efficient to buy everything in one place.

Presently, because it’s one o’clock in the afternoon they are all crowded around what an American might call the deli counter. I wait for my turn, slowly gathering my courage to yell out for what I want. Due panini per favore. I don’t push it, ordering bread about taps out my Italian. So instead of asking the guy to slice me some of that tantalizingly unrecognizable cheese, I grab a hunk of the Fontina already cut, the prepackaged ham, a six Euro bottle of vino (the most expensive I could find). Then I take it all back to my room with no view and eat the best sandwich I’ve ever eaten…since yesterday.

Is it the sun? Is it because Rome is where the world began? It’s as if food here, in its basic essence, its original format—grains, water, seeds—refuses to be tainted. No amount of packaging will ever tamper with the fundamentals of Caesar’s earth. Stop into an Autogrill off the Autostrada, then go back to the U.S. and stop into a McDonald’s off the Freeway…

Fast food, slow food, supermarket food, farmer’s market food, whatever the food in Italy, IT IS AND ALWAYS WILL BE (I pray to God) BETTER, PURE.  FUNDAMENTAL. GOOD.

Buy a copy of Jackie Townsend’s new novel, Imperfect Pairings, on Barnes and Noble or Amazon