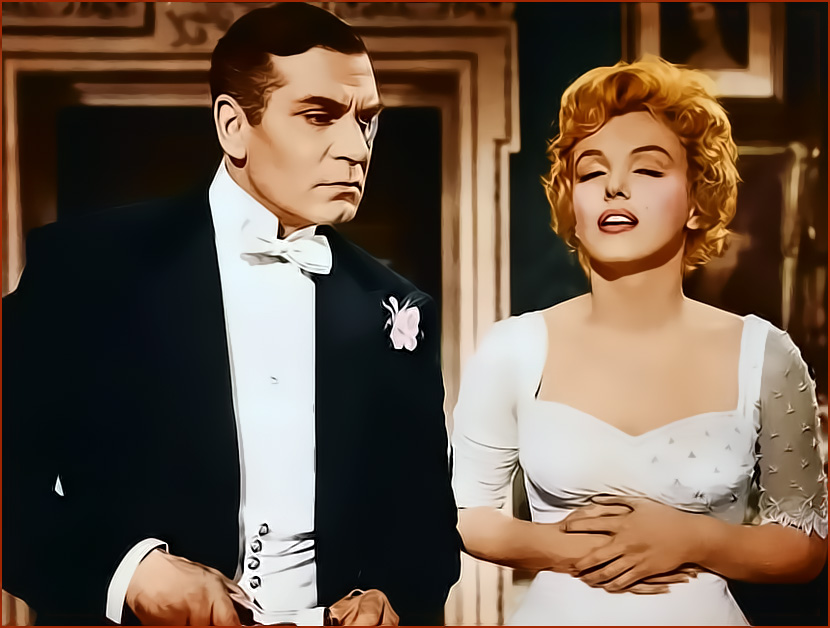 I’m the first to admire beauty in a woman, even the sexual, alluring, salacious kind. But there’s nothing about Marilyn Monroe that has ever interested or compelled me to watch her films. It’s a feeling I’ve kept private, for obvious reasons, particularly with regard to my husband, who’s eyes, if “Some Like It Hot” airs on TV, will open up at me with a pleading, boyish excitement. Only at my feigned half-interest will he compose himself and admonish, “It’s a classic, Jamie.” I do love Jack Lemon, I might relent, sitting down and trying, once again, to get into the film that makes my husband convulse with laughter. But alas, each time is the same—I come up empty. The woman is, through and through, a man’s woman. All this to say that when I saw the previews of “My Week with Marilyn” in theaters, I recoiled, unable to imagine watching another helpless sap search for the “real” Marilyn, the haunted child that only wants to be human, to be taken seriously.

This was her aim, apparently, in taking the role opposite Laurence Olivier in “The Prince and the Showgirl, what “My Week with Marilyn” is about, the sparring between the two great stars, Olivier’s exacting British theater work ethic vs. Marilyn’s dysfunctional dependence on the American style of method acting, what required her to find herself in each and every line before she could say it. If it’s one thing my father, an aspiring Shakespearean actor in his day, taught me about Olivier it’s “Act, man, act!” So it goes that Olivier had said the famous quote to Dustin Hoffman while they were working together on “Marathon Man.” Hoffman had stayed up two nights straight in order to appear frazzled and nervous for a scene that was particularly harrowing.

“The Prince and the Showgirl” has been long forgotten. The production was a disaster. Olivier deplored working with Marilyn and twisted his witted knife deep into her insecurities; she was chronically late, couldn’t remember her lines, and exuded a petrified, child-like unprofessionalism. It might take a thousand cuts to get one perfect, sex kitten shot, which even Olivier looses himself to in the final cut of the film, her allure. (She doesn’t act, she coos, though those coos can be magnificent). He is a man, after all. One that couldn’t break her, who could teach her nothing, and yet in those few moments, those few scenes, she brings more to the camera than he ever could. After “The Prince and the Showgirl” Marilyn went on to star in “Some Like It Hot,” what became a cinematic sensation. Olivier returned to the theater to give one of the performances of his life in “The Entertainer.” So distraught was he by his experience with Marilyn, he didn’t do another film for fourteen years.