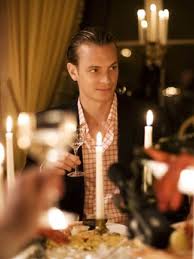 Who would have thought that Sweden was so cosmopolitan? Swedes, Serbs, Albanians, Muslims, South Americans, a diaspora of cultures in this dark, twisted saga of a man who makes irreparably devastating moral choices: a dead man walking (a gorgeous dead man nonetheless). Not that he necessarily dies in the end, and this is no spoiler. Just the title and synopsis forewarn you that bad things are going to happen to this penniless, enterprising business school student who has a desperate love for the fine things of his well-to-do friends. We all know there is no such thing as “easy money”, no free lunch. He is confronted with a drastic choice, a turning point he anguishes over, if only for a minute, before embarking down the wrong path. Pick the other one!! I wanted to yell.

Drug cartels, money laundering, contraband, lovers… it all spirals out of control from there.

This is not a nightmare; it is your nightmare coming to life for one hundred and twenty minutes in the vein of other Scandinavian films I’ve seen recently. What is it with dark Nordic souls? Too many Ingmar Bergman movies? Not enough sunlight in the winters? However twisted, violent and perverse their imaginations, they make exciting, daring, wonderful films. More recent examples are Headhunters and Turn Me on Dammit. Earlier releases include The Girl with the Dragon Tattoo (and the related films in the Stieg Larsson trilogy), Let the Right One In, and After the Wedding. Not an exhaustive list by any means. I can’t think of one I’ve seen and not liked, or been disturbed by.

One must wonder what that says about me. 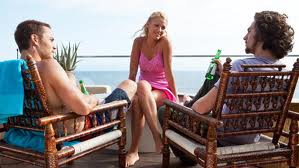