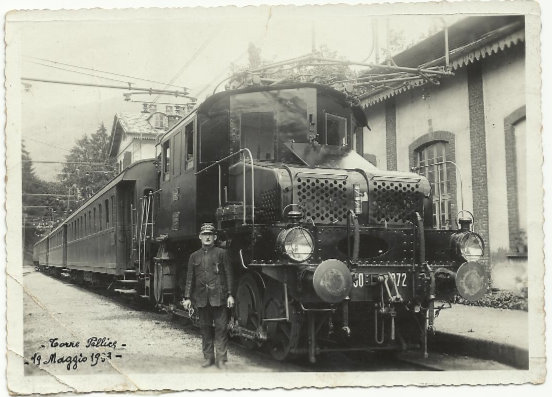 Rimini is no longer what it used to be: a quaint, pristine, seaside village, home to the birthplace of Fellini and the setting for his charming autobiographical film I Vitelloni, on the Adriatic, splitting north and south, not far from Ancona, is now an overbuilt beach destination for Russians and Germans, a strip of three star hotels, trinket shops, where the sounds of pubs, discos, and fireworks thump deep into the night.

My husband spent his summers here growing up, with his grandfather, back when it was still a vacation spot for locals and some Northern Europeans, and recently, we made a pilgrimage back there. On a visit with his parents up north, far from Rimini, my husband had quietly and intently decided that we would go. It had been seven years since we’d been back, his grandparents long dead, but his aunt still lives there, Zia, a vital link to the influence his paternal grandparents still, to this day, hold over him. “But we’ll be seeing Zia in one month,” I reminded him. Every year she visits us in New York, the city she adores. “So why this trip to Rimini?” I asked him, carefully, rhetorically, for I, too, had wanted to return. “What with our time so limited.”

He looked over at me with a pointed intensity, one I’ve witnessed on only a few occasions before, and said, “To get the watch.”

I knew nothing of a watch but exactly what he meant.

Let me digress here and talk about what “the watch” means in Italy. A fine watch, and to own one is not about greed or flamboyance. It’s about a certain kind of nostalgia that doesn’t exist in my country. It’s a symbol of children not just knowing their grandparents, but being a living and breathing part of them. Being raised in part by them, influenced by them, in a lasting, life changing way. My husband’s fondest memories of childhood are of the summers he spent alone with his grandparents in this little seaside dreamscape: Nonna’s famed Risotto turned Polpette the next day, Nonno’s penchant for fish and rides on the moscone; being spoiled, lazy days by the beach under the prime umbrella position Nonno had for years coveted, an heirloom in its own right, one that would, too, be passed down.

I find Italians to be very warm and humble people, at least those I’ve met, their lifestyles simple, sumptuous, and frugal. To find them spending their pennies on a Rolex, one might find baffling. But watches are a significant part of Italian culture, like design is, and good taste, purchased and revered not so much for oneself as for ones’ children, those that the watch will ultimately be passed down to, then their children, and so on, for this is their birthright. Not an investment but an heirloom. Pride. Not always worn, certainly not shown off, but kept in a safety deposit box. Just to know that it is there. 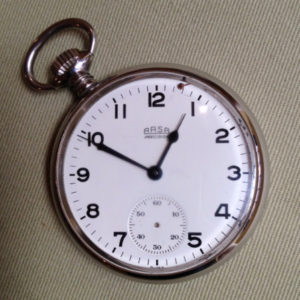 But back to THIS watch, my husband continues. “The watch of which I speak belonged to my great grandfather on my father’s mother’s side. He’s the one holding the conductor’s key in that picture I showed you, the one from 1933, where he’s standing outside the Torre Pellice station next to his train with the Fascio logo fitted to the locomotive’s front, waiting (perhaps impatiently) for the photographer to immortalize his devotion to his lifelong work, both pre and post war… His was a good job; this, a time when if you didn’t patronize the party, you were out of sorts, when Italy transformed itself from an agrarian society into an industrial one. The government, for better or worse, forced the hand of some, and incented others, to move Italy into the modern era. Entire industries were created; investments were made in programs to lift swaths of society out of poverty; colonie were built, and people were given the opportunity to take time off for leisure during the summer in places like Rimini and Riccione…

“But the running joke outside of Italy, of course, is that the only positive thing fascism accomplished was to make the trains in Italy run on schedule—Italy, the cradle of chaos, the undisciplined Italians…

“These meticulously timed trains were the ones my great-grandfather was responsible for—conductor, master of the schedule—he lived by time and thus by that watch, the same watch I am on my way to retrieve now, the watch that made those trains run on schedule.”