Amore, passione, filmed by those who know it best

Five films by the Italian masters. Not the sweet, sentimental films we all love—Cinema Paradiso, Il Postino, Mediterraneo… I’m talking about films that will make you stir or scream, not weep. 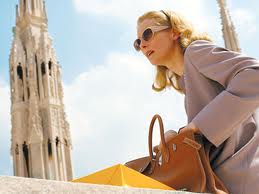 I am Love (2009) has one of the most sensual love scenes I’ve ever seen on screen, in a sun-dappled garden, birds and bees included. Directed by Luca Guadagnino, who is known for, among other things, stories of female suffering and sacrifice. A Russian woman, Emma (Tilda Swinton), marries into Milanese wealth, raises a gorgeous Milanese family, and ultimately finds herself at one with that wealth, with all its cold poise and refinement. There is no trace of her former self until she comes in contact with a young Lawrentian chef, Antonio, who speaks her native tongue and who will awaken her, startlingly, to the woman she’s lost. 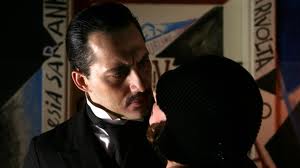 “The mass loves strong men,” Benito Mussolini once said. “The mass is female.” Mussolini grew out of the most possessed of young loves. When he was still only Benito, he caught the captivation of a young woman named Ida through his raw, visceral beliefs, not only in politics, but about love, life, her. She became his first wife. Then he became what we know him for and cast her aside to marry another, more reputable woman. He denied that Ida’s son was his, and denounced the existence of their marriage. Vincere (2009) by Marco Bellocchio is a fascinating, rapturous account of a passionate man’s possession of one woman, and an entire country. 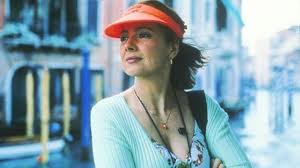 On the softer side, try Silvio Soldini’s Bread and Tulips (2000). Mid forties, a tired, sort of pretty, sort of overweight woman, Maglietta, gets left behind at a service station when the tourist bus she’s on with her husband and teenage children takes off without realizing she’s not aboard. Her husband later calls her, angry, because of course this is all her fault. Sound familiar? It could really be the last straw, no? What else can Maglietta do at this point, really, but hitchhike to Venice, and pretend to start over. 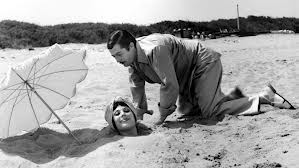 Did you know that until 1962, divorce was illegal in Italy? Divorce, Italian Style (1961) will provide you with a host of farcical guffaws, so I’m told, for I’ll admit I have not seen the movie, I just think the title has a nice ring to it. Staring Marcello Mastroianni as Ferdinando, a wealthy Sicilian baron who is bored and disgusted by his comically unattractive, lust starved wife, tries to engineer her adultery so that he’ll have to shoot her in order to save his honor. In this way he can marry his young cousin, with whom he is in love. Wasn’t it nice, back when the rules were so straightforward and simple? 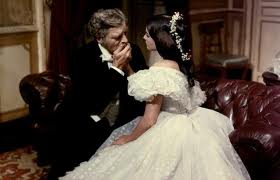 If you like historical fiction, first read the book, The Leopard (1963), then see this wonderful old film staring, of all people, Burt Lancaster playing the part of a Sicilian aristocrat. Giuseppe Tomasi di Lampedusa wrote the book and this story with his heart and soul and based it on his great-grandfather. It’s long and epic and big-hearted, about a wise and noble man, who, aging, must watch on as his big bold life bleeds on into the next by way of his devoted, handsome young nephew, Tancredi. 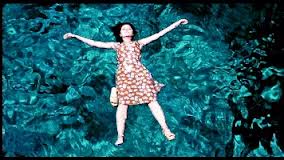 Respiro (2002) reminds me that there can be passion and love without the quintessential “other.” Grazia lives in a small fishing village with her husband and children, but she is mentally challenged in some undefined way, witnessed by the lavish ways she abruptly embraces life and all its rapture—skinny-dipping in the sea, for instance, while with her children, and for all to see. But the sea enchants her, as she enchants it, to the dismay of her husband, who loves her dearly, as well as her children, who must hide her away in a cave by the sea so that she won’t be sent away. I forget how it ends. Probably not well. Above all though, the film’s portrayal of simple village life illuminates the soul.