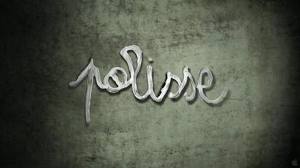 Life is chaotic, a mess, full of stressed out, emotional wrecks. Ordinary people whose only fault is that they feel too deeply. Or at least that’s the profile of the eight cops we come to know intimately in the French film Polisse, those who work for Paris’ Child Protection Unit. The film won the Jury Prize at Cannes last year.

This is not the romantic Paris you see in films like Amélie. Raw, rugged, a melting pot of Africans, Arabs, Asians, Muslims, Rumanians, you name it, a rich Paris, a real city, a society that places extreme value on the intense expression of uninhibited emotions, and the characters in this movie exemplify this grippingly.

This is also no Law and Order SVU episode. No DNA, no trails of suspects, no twists, turns, or surprise endings. As depicted in the film, child protection, in its essence, is ordinary police work. Ordinary to the point of painful, for in two hours the movie plows through what must be dozens of different crises of sexual deviancy related to children.

The scenes come at you fast, in a chaotic, non-linear pace. There is no beginning, middle, or end to the film, rather there are disparate scenes connected by the shared lives of these cops who dedicate themselves to this altruistic, mostly unrewarding profession. This movie is not about the cases. It’s about these cops, their relationships, their fears and insecurities, and the lasting, cumulative effects their job has on them. 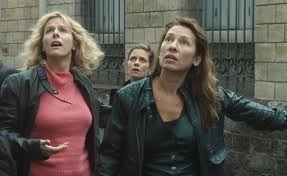 The story, by the French director Maïwenn, moves along intensely, from scene to scene, character to character, interspersed with pauses and sudden eruptive exchanges, like when Fred, one of the cops, tries to console an African boy who’s just been stripped from his mother (his mother actually gives him up, but you have to see the film to understand the full context). You’ve seen the wailing child scene before—or you think you have—but I guarantee you’ve never seen one as emotional and arresting as this one.

A Muslim female cop ignites at a smug Muslim father who’s going to marry off his underage daughter to a cousin. Waving her copy of the Quran in his face she orders him to show her where it says a woman can’t work.

A cop unleashes on her female partner, what starts as a riff, progresses into an unexpectedly vicious, verbal, at times violent assault on the partner who is like a sister to her. It became unbearable to watch, what could, in one’s darkest hour, be oneself.

As much as the cops grind tirelessly in pursuit of suspects, argue with each other or privately contemplate their lives, they also laugh, joke, party, and dance, all while their personal lives fall to shambles and their states of sanity remain in question. But, with all the turmoil and the slew of depressing cases they deal with on a daily basis, they move on with no thoughts of ever quitting or leaving.

For all their dysfunction, they care. Really, really care about other people.

One final note: it’s a shame that a film like Polisse is showing in what must be the smallest micro-screen theater in Manhattan, with a seating capacity of about 20. You would think that a work like this would have wider distribution. But the cool thing is that as an IFC film, like with First Position, it’s already available on pay-per-view through most U.S. cable providers.