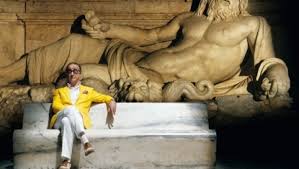 “Have you seen La Grande Bellezza (The Great Beauty)?” My husband’s Italian cousin glances around the dimly lit restaurant, leans in, and says in a low tone. He’s in town for business, and we have no idea what he is talking about. A statue? Berlusconi? It’s showing in Paris, he assures us, so it must be showing in New York. Is it art? Sophia Loren? He seemed uncertain what to say next, except that Zio refuses to see it. Zio, my husband’s uncle, at seventy-five, is one of the last true Romans. We prod our cousin to tell us more, but he seems perplexed. “It’s sad, I think,” he says, unsure. “Depressing.”

He wouldn’t elaborate, as if he were doing his country an injustice. 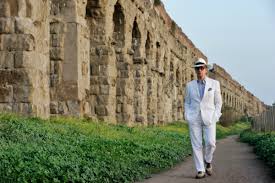 A film! I suddenly made the connection. I’d read something about it in the Times a while ago. Felliniesque. A modern La Dolce Vita, a look into a dSecaying microcosm of Roman society, of Italian society, of society in general—a film who’s timing couldn’t be more apropos. I went home that night and searched the Internet only to discover that the film wouldn’t be out in the States for another six months! Cazzo.

I waited. Trekked all the way to the Upper West Side when it did at last arrive, which was like crossing the border into another country. I might as well have just gone to Italy and seen it. The Lincoln Theater, always a trip. Like entering into another dimension. If you are wondering where all the New Yorkers over sixty-five are at one p.m. on a Saturday, they are stuffed inside this old theater, the only theater I know that sells salmon lox on rye at the concession stand.

Seductive. That’s how I would describe the first scene of La Grande Bellezza, and then every scene after that. Jep Gambardella (Tony Servillo). This is the man we will come to know. It’s his sixty-fifth birthday and we are at his party in the center of Rome, a lavish rooftop affair where hundreds of guests depicted like caricatures in a Fellini frame dance in provocative synchronization—we’re all dancing to the same grotesque beat and we’re going to dance it all the way to the end, was my metaphorical take.  “You know why the Congo lines at my parties are always the best?” Jep asks rhetorically. “Because they don’t go anywhere!” Guffaws all around. It’s this party that swirls around in your mind long after the movie is over.

Do these things really go on in the wee hours of the night while I’m tucked away in bed? 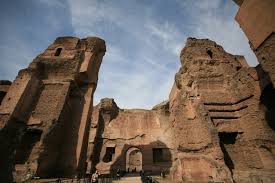 Is this the Rome I experience on my annual excursions to visit family there? No. Jep and his friends represent a microcosm of society. The writers and poets and partiers, descendants of long-forgotten nobility, people who can describe their occupation in two words, “I’m rich.” The frivolous. The lavish. Those who so enviously know how to ENJOY life, to drink it all in. Why can’t I be more like them? Night after night. After night. It’s no wonder why Jep, a writer and social icon with a terraced apartment that looks out over the Coliseum, is going through an existential crisis. Has it all been false? What, of any of this, is real?

Jep published a novel with much success decades ago, but has since produced nothing. Works as a local journalist. No wife or children. Friends he puts up with, perhaps even despises. “We’re all on the brink of despair,” he tells them one sodden night after their banter turns sour, “we might as well enjoy these moments when we can laugh at each other.” 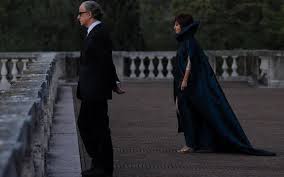 For two hours we wander around an exquisitely depicted Rome going through this crisis with Jep. We wonder. We ask questions. All the same questions. And I say what better place to live out this human inevitability than in the city where civilization began. Where it will end. If I were a Roman I’d be proud. If I were an Italian I’d be proud, if I weren’t so maddened and ashamed.

Still, it’s a sumptuous experience to be with Jep like this, until the film comes to a close, and we realize we are Jep.