It’s good to be the King 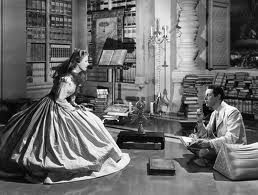 In Bangkok some years ago, my husband and I went to see a movie at the Emporium, a modern US-style mall, housed in a slick skyscraper on Sukhumvit Road near where the old Chokchai Steakhouse used to be. Before the movie began, instead of previews, the Thai National Anthem started playing along with a montage depicting the King’s achievements over his 57-year reign. My husband stood up, as did everyone else in the theater, while I sat munching on my shrimp chips wondering if they’d not laced the Coca Cola I was drinking with extra sugar.

I was yanked up from my chair.
“Oh come on,” I said to him.
“It’s disrespectful.”
“Seriously?”
He grew up here, and was nothing but serious. 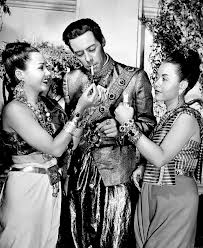 A decade or so later, I stumbled upon the film Anna and the King of Siam playing on Turner Classic Movies. A British widow moves with her son to Thailand to be governess to King Mongkut’s 58 children, and no, it’s not the film you think you know, The King and I, the version with Yul Brenner and Deborah Kerr based off the Broadway musical, the one so engrained in our minds that we can no longer stand to watch the film (and why I’d almost changed the channel). Nor was this Anna and the King, the 1999 version with a frosty Jodie Foster and some other guy not worth mentioning. I didn’t even know this Anna existed; the dark horse 1947 black and white original with Rex Harrison and Irene Dunne; no singing, no dancing, I was riveted, at once engrossed.

It is darker than the other versions. Immediately, we are presented with the plight of a highly educated and respected woman transplanted into a country where the highest honor given to a woman is to be included in the King’s harem. It’s where the story begins, with one of the many wives. She has just been delivered to the King along with other token gifts from revelers around the world. She will later dishonor the King by leaving the palace, and this is where the film takes an unexpected turn. While Anna does her best to dissuade the King from the very kind of barbarism he’s trying to extract his country out of, we watch this wife and the man she loves burn at the stake.

Anna is about to leave Siam, but as she’s saying her goodbyes her son dies in a freak horse accident. Anna is devastated, for the only reason she’d taken the position in the first place was to give her son a better life. Ultimately, after a long and grim mourning period, she stays to advise the King, but only because she has nowhere else to go.

Rex Harrison is mesmerizing as the eccentric ruler, a deeply conflicted man, with a kind heart and insatiable mind, relentless in his search for truth and the knowledge that will earn his country respect in the modern world. 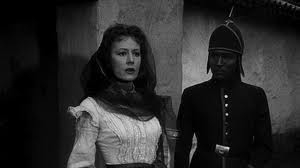 Irene Dunne is wonderful as an intelligent, stubborn, independent woman grossly ignorant about the culture in which she has thrown her son and herself into. Her resistance to lower herself before the King (one must always be lower than the King while in his presence, a difficult feat when the King is lying down, for instance), reminded me of my resistance to stand before the King’s tribute in the theater.

I have learned so much since then about what it means to be a guest in a foreign country, the willingness to learn, listen, engage, and, above all, respect. Yes, Anna advised the King, but the King also imparted much wisdom on Anna. Their respect was mutual, and inherent. Anna did ultimately lower herself before the king, as did I stand up tall in that theater.