How Life’s Routine Course Turns So Quickly into Tragedy 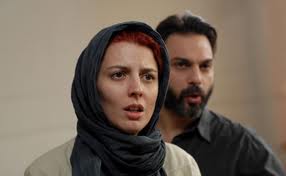 No matter what country you live in, what language you speak, or what household you belong to, in all its banality, life is complicated. That was the message I took away from the stunning, engrossing Iranian movie up for Best Foreign Film at the Oscars this year. A Separation. We’re all just trying to manage the situation of life as best we can, and while it’s often not pretty, “not pretty” can turn tragic just as easily as it might not, a painful reality I was faced with only recently, when my father went in for a “routine” knee replacement surgery, and seven days later was dead.

In the film, a woman has at long last received her papers to immigrate to the U.S. and wants to take her husband and daughter with her. But her husband will not go because he needs to stay and care for his father who has Alzheimer’s. They agree to separate/divorce so that the woman can go alone with her daughter, but the daughter insists on staying, too. Meanwhile, while they’re trying to figure all this out, the husband hires a woman to come in and care for his ailing father during the days while he is at work, anticipating his wife’s departure. Stuff happens, and then the husband is suddenly in court facing a murder charge. It all becomes a rather dialogue infused battle of he said/she said. Fibs, fabrications, belief, honor, morality, and no small amount of religion are involved when one must ultimately swear on the Koran, the ultimate truth.

None of this would have happened, one supposes, if the woman had not wanted to give her daughter a better life in the U.S. If the U.S. did not exist, if no better life existed for that matter, because isn’t this what we all strive for ultimately, a better life? Even at eight-one, apparently, for even at this golden age my father refused to settle, insisted on bettering his quality of life, in his case it was the clip of his gait, the simple act of walking, of moving forward on his own Goddam two feet.

My husband and I saw A Separation at the Film Forum, an art house theater in lower Manhattan. Small, claustrophobic, four in the afternoon, it was packed with early birders, people with canes and grey hair. My husband and I scrunched uncomfortably down into our no-leg room seats to accommodate the two ladies behind us who, disgruntled by our tall frames, did everything but ask us to leave. After all that was settled, and we were waiting for the movie to begin, I heard one of them sigh rather heavily to the other, “I’ve gotta get my life together.” I turned slowly at my husband to see if he’d heard the same thing. He had, and really? My God the woman must have been seventy. “Oh don’t say that,” her friend gave her all those formulaic, useless assurances. “You’re doing fine. It will all be fine.” Seriously, still? I fathomed, in an out of body moment, are we still having this conversation? Shouldn’t her life already be together? Or if not, then shouldn’t she have figured out by now that the quest is impossible and give up? No, apparently, as I will forever now think of my father and remind myself. No matter the consequences. No.