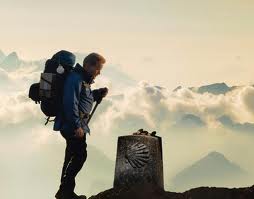 Perhaps it’s my curious, analytical nature, but I’m always looking for the inspiration behind a film. In this case I wanted to know the story behind Emilio Estevez’ movie, The Way, starring his father, Martin Sheen. Emilio wrote and directed the film (2011) in which Sheen plays a man in his sixties struggling with the death of his estranged, middle-aged son who had died in a freak accident in the Pyrenees. Had Estevez been estranged from Sheen at some point in his life? Perhaps, one could make that assumption, going back to when Sheen took his entire family to the Philippines to shoot Apocalypse Now stoned and drunk and going half-insane, lost inside his character’s search for Kurtz. Those might not have been his best fatherly moments.

I liked Emilio’s earlier acting work, The Breakfast Club and Stakeout, but he’s been missing for a while now, other than directing Bobby in 2006. If I read into The Way, perhaps Estevez got burned out on Hollywood and chose instead to find his own way.

There is a beautiful flashback scene where the son attempts to explain to his prudent physician father why he’s quitting his career to travel the world. It’s not a new plot theme, the pursuit of meaning (who can’t relate), but for some reason this version felt softly transcending.

Perhaps it was the subtleness in Sheen’s acting; watching him felt intensely personal, as if the little he did say was directed at the man behind the camera, his son, Estevez. I also got the feeling that Estevez, through his writing and directing, was speaking to his son, also estranged, having abandoned America for Spain some time ago. Whatever their respective inspirations, the result was a film instinctually paternal, a father wanting to do whatever it took to make peace with his son, however belated, which in this case meant a 500 mile trek on the El Camino de Santiago (or The Way of St. James), carrying his son’s ashes inside an already heavy pack whilst in no kind of shape for such a task, in order to finish the famous Christian pilgrimage his son had started.

It is a gentle, dramatic film, one in which I couldn’t help envisioning my dad—a son estranged from his father, a father estranged from his son—pounding his cane into the ground with that obstinately determined step of his, prepared to walk the distance.