Do you believe in signs? 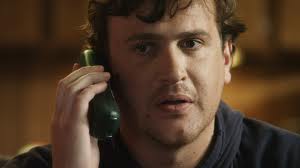 Jeff, thirty and still living in his mother’s basement, is obsessed with signs. Not to mention the movie Signs. Remember it? By M. Night Shyamalan, starring Mel Gibson and a young Joaquin Phoenix, the 2002 movie about crop circles that ended up being anything but about crop circles. I loved that movie. It reached me in strange, unexpected places. We all fear the unknown, but by facing it together at least we can feel less alone. Isn’t this what scary movies are fundamentally about?

Jeff, Who Lives at Home, is not a scary movie. Nor is it a paranormal movie, for signs can be just signs or also simply coincidences. It’s what you choose to believe in the face of fear. It’s fear that has paralyzed Jeff, who remains home waiting for a “sign” to tell him what to do with his unemployed, pot smoking life. Then he gets one in the opening scene, or thinks he does when he receives a wrong number call for a guy named Kevin. 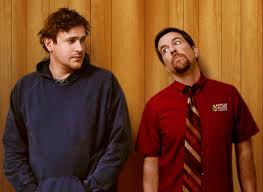 Kevin spelled backwards is nivek. Jumbled, it’s knive. Knife? He pulls one out of a drawer and vaguely contemplates it. Another movie by the Duplass brothers, along with Cyrus and Safety Not Guaranteed, billed by the studios as a slacker guy comedy (just see the title), it still manages to become something far more special. Jeff, Who Lives at Home is not the Duplass’ best film, but you can’t help root for the lost soul of the main character played so touchingly by Jason Segel. “Do you know what it’s like to search for your destiny your whole life and then finally realize when you’ve found it that it’s not so interesting?”

This, Jeff asks, at the end of a day spent both searching for Kevin and helping his self-aggrandizing brother (played by Ed Helms) tail his wife because he thinks she is cheating on him (and she should be). 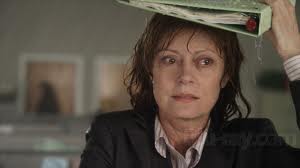 It was nice to see Susan Sarandon in a warm, affecting role as Jeff’s mother. Widowed, middle aged, bored with her office job and disillusioned by the sons her boys have turned out to be, she’s awakened by a sudden slew of flirtatious instant messages sent to her a by unknown co-worker. A sudden fire alarm with cascading sprinklers becomes her sign, one she embraces.

The ending comes together in a way that caught me by surprise and oddly worked, for I don’t normally like happy endings. But then maybe the directors were playing a joke on me. The movie is a sign. I should be on the lookout for signs (or happy endings), and so I sat here in my chair and tried to. None came to me. In fact, I tried to remember when I ever did see a sign that ended up pointing me in one direction or another. I couldn’t remember one, though I’m sure there must have been one, at some point. Certainly I was once a believer.