Django and other blood spatter 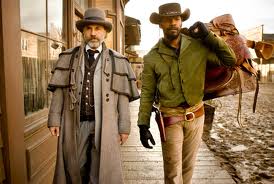 This is how it deteriorates. It’s the Holidays, one; you’re with family, two; these crazy, adorable people you grew up with. You are trying to rouse a contingent to venture out and see Django Unchained, Tarantino’s new flick. Kill Bill Volumes 1 and 2 are both chapters in REEL LIFE, so it’s a must see, if only to pay homage. “Let’s go tonight!” you propose enthusiastically. Instead, somebody mentions Battle Royale, the story that the Hunger Games’ author won’t admit to plagiarizing. Someone is already surfing Netflix, and suddenly, instead of going to see the movie Tarantino did make, you stay with the others, swallowed up in your brother’s thousand-person leather couch, and watch the movie Tarantino wished he’d made. 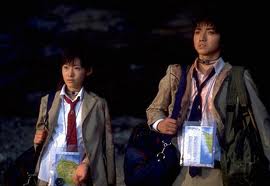 A Japanese film, the government each year kidnaps a class of teens, sequesters them on an island, randomly assigns them weapons with different degrees of lethality, and forces them to kill each other, until there’s one left standing. My young adult (YA) nephews didn’t know what to think of the film, not to mention their aunts and uncles who watched it riveted, pausing at times to discuss, analyze, or show a clip in slow motion. If nothing else, the YAs learned to appreciate a film with subtitles. 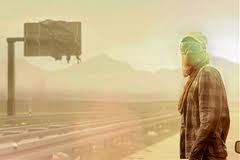 The problem with Netflix is that if you watch one cult film, it’s going to suggest more of the same. This is where “Hell” comes in, what you watch the following night; a German film, Hell translates as “bright”, but you don’t really care. After the sun has turned planet earth into a scorched wasteland, a group of survivors heads for the mountains, where they’re lured into an ambush by cannibals, though you can’t confirm they’re cannibals, all the cannibalism happens off screen. At least for that I was I thankful, I couldn’t say the same about the movie. 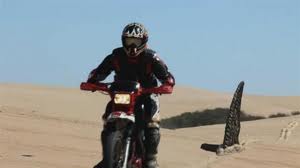 Noon next day, exhausted after an early round of golf, the New Year hangover lingering, I plopped back down on that couch for a moment’s reprieve and stared absently at the big screen… until it occurred to me what I was seeing: oversized fins carving circles in the sand, narrowing in on some poor trapped sap standing on a wheel barrow. Sand Sharks! “Are you kidding me?” My brother laughed. I left the room without waiting to find out the sap’s fate.

Killer Joe would at least be a step up in quality, we thought, later that night. The film was directed by William Friedkin, of The Exorcist and The French Connection fame—no slouch. A trailer-trash gambling loser hires a hit man (Matthew McConaughey) to kill his mother: the life insurance proceeds will be used to cover a debt. No B-movie, though it might as well have been by the time we’re done. It ends with a perverted Mexican standoff, as if Friedkin, too, had seen too many Tarantino films. He should have quit while he was ahead. 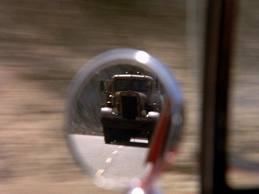 Tarantino who? Amber Alert, I refused to watch the next night, though the contingent that did were so thoroughly amped the next morning that I felt a tinge of regret: it’s a “Found Footage Thriller,” they told me breathlessly, a cross between the Blair Witch Project and Steven Spielberg’s first film, Duel. An in-depth discussion on Duel ensued, that stars Dennis Weaver, an innocent driver on the Interstate that is terrorized by an anonymous tractor-trailer. Duel is where the genre began. Duel started it all. I’m not sure why they were trying to convince me. And I’d long lost perspective on what genre, exactly, we were referring to any more—cult, horror, sci-fi, “found footage” thriller, fantasy, shoot-em-up-bang-bang (as my father would call it), blood spatter, flying grey matter, TARANTINO.

By the time we did see Django, I was tuned and oiled. Bring it on, I said, because after a week of Hell and sharks and royal battles and car chases and demented killers, Django sought its vengeance against all of them and won.

One more night before our departure, one last film: John Dies at the End. Brilliant. My father’s name was John. And he died in the end. And I thought of my father in the wee hours of that sleepless night, a Shakespeare aficionado and movie buff, he would have been no less than appalled, if not utterly confused, by his offspring’s film selections of the past week, wondering if what he’d feared most had finally happened, our complete and utter unhinging.