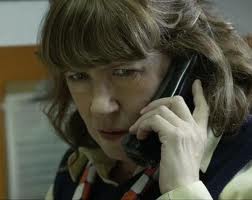 Over the past two decades, seventy incidences have been reported of a man referring to himself as a police officer calling a fast food restaurant (McDonalds, Burger King, and Wendy’s being a few) and coercing the manager to strip search a young female employee for what he claims to be an alleged theft. This, he assures the manager, is in lieu of having to bring the girl down for a night in jail. This, what he doesn’t assure the manager, is what may lead to other acts, including sodomy and rape.

Compliance, by the writer director Craig Zobel, recounts one of these incidences with excruciating candor. If I didn’t know that the action unfolding before me tracked deposed events, I might have walked out of the theater, as some did when it screened at Sundance. It’s just too enraging to watch Becky (Dreama Walker) continually submit herself to the degrading requests of her manager, Sandra, an otherwise warm and competent woman now being manipulated like an idiot by this “officer” on the phone. Guffaws of disbelief sprung up around me as each of us in the audience reached our own respective boiling points. “Do something!” “Why isn’t she saying no!”

It keeps going on, with disarming subtlety, and the horror sneaks up on you. Did that just really happen? Yes, and it’s as dirty as the greasy 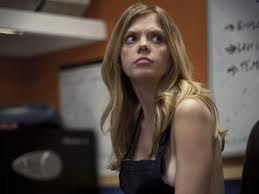 food being sopped with flower in the rusted sink. It’s Friday night, rush hour, chicken wings sizzle in overly reused batches of oil as restaurant life goes on and customers are made happy all while Becky sits mostly naked in a dingy stock room being held “until a squad car can get there.” Sandra, played to subtle perfection by Ann Dowd, runs distractedly in and out of the room trying to appease the situation. “Let’s just get this over with.” As reluctant as she may be, she does everything the “officer” in his very personable yet authoritative, understanding yet demanding manner, instructs her to do. After the strip search finds nothing, he convinces Sandra to call her fiancé to come down and “watch” Becky until that illusive squad car gets there.

“When exactly is that car going to get here?” is not a question Sandra poses with enough gusto for my audience’s taste after enduring the first hour. She leaves her fiancé alone with the phone and Becky.

Studies have shown that employees of fast food restaurants are known for their obedience. They are trained to think, “Can I help you?” with no thought or discretion. They work in an assembly line, after all. “I think the fast food is making everyone go nuts,” quips a real officer at the end of the film. But this movie is not about the culture of fast food, in my mind; it’s about the culture of our nation (which coincidentally or not happens to be a fast food nation), for can we separate ourselves from the victims in this film?

I once uttered a stupid comment under my breath while being searched in an airport security line. The TSA officer took it the wrong way and was ready to prevent me from boarding my flight. I’d never felt so mortified, and sorry. I didn’t feel guilty but I immediately admitted to being so. For I just wanted to get it over with, as did Sandra, as did Becky. I didn’t want to miss my flight. 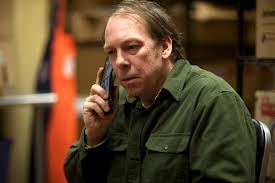 I left the movie not feeling as sorry for Becky, Sandra, and the others as I did for our society as a whole, and the deep, disturbing forces at work within us. All those times I’d given in to authority when maybe I shouldn’t have.

Whenever the “officer” felt he was losing control of the person to whom he was speaking, in a cool, threatening tone he’d say, “I’m an officer of the law and you need to address me as Sir.” Immediately dispossessed, a change would take hold of the person as if something inside them had snapped, Manchurian Candidate style. Surrender to the word Sir, cease all thought and follow orders.

Should a word, just by saying it, elicit respect?

“Yes Sir,” Becky would say back, in a quasi trance.

And isn’t respect earned, not given?