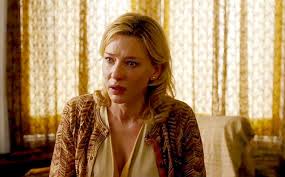 “Anxiety, nightmares and a nervous breakdown, there’s only so many traumas a person can withstand until they take to the streets and start screaming.” My favorite Cate Blanchett line in the new Woody Allen film, Blue Jasmine, though it was hard to choose. There are many.

Here’s another one. “What does it take to get a vodka martini with a twist of lemon around here.” Although you need to see the desperate and chaotic context in which Blanchett delivers this line to fully appreciate it. Jasmine has just moved to San Francisco to live with her sister in her humble, South Van Ness apartment. Once amongst the highest echelons of Wall Street wealth, Jasmine has lost everything, husband included, Bernie Madoff style.

It’s a modern day remake of A Street Car Named Desire. A woman on the verge spirals into insanity. But with the present day setting, the story hits home. Perhaps that’s why I laughed-out-loud so much, sometimes nervously, because I could relate, in part, to her condition. If not ourselves, then someone we know—a family member, a friend, a friend of a friend—who has suffered from the recent economic crisis, people we knew with solid jobs, who now have none. 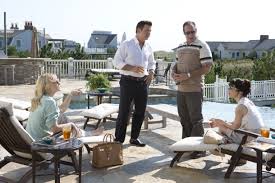 Money shouldn’t matter. But it does, for people like Jasmine. When it’s gone. What lengths will a woman go to hold on to the world she’s come to define as hers? When even racking up credit card debt must end, when there is no more debt to be had, what’s the breaking point? Jasmine knows that she must get a job, but yet she won’t consider working as a dental receptionist because it’s beneath her. Would you do it? Four years of college under your belt. Would you consider making a living answering phones?

Of course, we assure ourselves. Of course we would.

You have to admire Jasmine’s will. She is determined to learn how to use computers so that she can take an online course to finish her degree. “But who’s going to pay for that?” her sister says, she who operates in that “other class,” the one Jasmine so abhors. 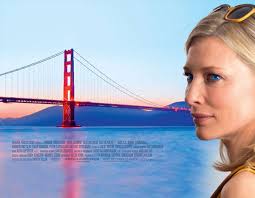 We can achieve anything if we set our mind to it, we are told. It’s the American dream. But has the American dream gone too far? Jasmine studies hard, though the learning doesn’t come easy after two decades of vodka martinis. “I used to be really good at this,” she laments while struggling over an assignment. “But now…” She pauses, thinks, and then with nervous self-deprecation grumbles, “They say that every day hundreds of thousands of brain cells die.” Blanchett delivers every line with wicked deadpan. Her character knows she’s half losing it. But what is there to do? She can’t relent. She still wears the same tired out Gucci blazer, still totes a Vuitton bag, and flies to San Francisco in first class. She can’t admit to her new boyfriend about her past, and her present desperation. Would you?

“I was going to tell you,” she says, when he discovers on his own.

That’s the end of that.

One can relent and change. Or one can drive oneself slowly insane, and take to the streets sputtering gibberish.