All Hail the Plumbers 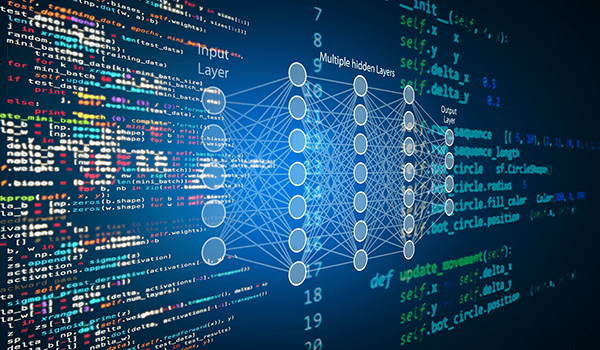 Call them the plumbers, network engineers, people who manage enterprises’ internal connections and connections to the cloud. Lonely, mostly white males, usually over the age of thirty-five, who toil away in the bowels of enterprise IT departments day and night ensuring their company’s networks run securely and efficiently. Tools like SolarWinds’ Orion, the network management software the Russians recently hacked, are a ubiquitous part of this network engineer’s world. So ubiquitous that he barely knows it’s there—it runs in the background, sends alerts when there is a network anomaly and tries to resolve the anomaly automatically. In some cases the engineer might not even know the software is running at all. If he’s new, for instance. Although these guys are usually not new. They are old. Old as time. There is no Silicon Valley cover story about these guys, nor the boring, monotonous tools they use (even though network management software is an $11 Billion global market), except when that software is hacked. Hacked by Russians, no less, because the Russians get it—you don’t go after the enterprise, you go after the platform that the enterprise uses, or, better yet, the platform that 18,000 global enterprises use. Find the back door, install your malware, and wait patiently. The Russians aren’t trying to be flashy. They get what it’s like to be plumbers. They get what it’s like to live off the radar, in no man’s lands, walking through back doors while everyone else walks through the front.

Network engineers are not the inventors of iPhone Apps or Energy drinks. These are the guys, and a few gals, growing obsolete as network software providers like SolarWinds take over more and more of their tasks. Tasks—something you can’t imagine—they often still perform manually. Like switching a network router actually means physically replacing a piece of hardware. Like configuring a network actually means pressing keys with fingers. In other words, a firewall is breached because of a typo, someone fat-fingering an erroneous command. A lot of network engineering issues are a result of process breakdown, and limited automation leads to gross inconsistencies. Automation tools like SolarWinds’ Orion are supposed to make the network MORE secure. And in most cases they do, unless the network software provider themself is insecure. Forget about fat fingers, Cyberterrorism is the enemy now.

Who cares about the plumbers now?

A lot of people.

Including me. I wrote about one in RIDING HIGH IN APRIL (August 2021, Spark Press). Fictional Stuart, also a white male over the age of thirty-five, has been working on network automation since the early 2000s. The story begins in 2010 and, with the advent of cloud, the world is at last starting to catch up to the vulnerability of networks. Networks have grown exponentially complex, and enterprises are finally paying attention to their tech infrastructure, their plumbers, their network engineers, the Stuart’s of the world. Beyond the evangelists, the unicorns, the press focusing on the few but not the many, these are the people fighting to keep the nuts and bolts of technology churning, growing, changing, evolving. Under the radar, from all corners of the world, these are the engineers and coders dedicated, day in and day out, to making technology work.

“Imagine what we could do with automation based on Artificial Intelligence and Machine Learning, in terms of developing predictive analytics capabilities in identifying and shutting down diverse rogue network attacks BEFORE they do any real damage.”—This is Stuart’s BIG IDEA. One might think a million companies are already doing this in real life, but the reality is it’s 2021 and, as the Russians have shown us, they are not. Or, if they do have predictive analytic solutions, what they don’t have is network data. A vast and deep treasure trove of enterprise network data representing various industries stretching across the globe. The kind of data Stuart and his team have amassed through their managed network services offering. When one of the fastest growing cable companies in the world gets hacked, and Stuart and his team are called in to get to the source, they use this treasure trove of data to find patterns in the topology. From different point of view, they can see and infer how the trolls are trying to penetrate the network—it is amazing how many people like to screw around with corporate networks just for kicks—patterns they’d not known to look for before. Stuart’s team starts building machine learning algorithms onto that data, and soon they’re allowing for the identification of specific patterns—this is the center of the growing cyber security space, at least in the fictional world. In real life we will see what comes of this Orion debacle. If anything, we should at least take away this: the plumber is not the plumber anymore. The plumber is the guy, or gal, with the keys to the castle.