About My Mother’s Resignation 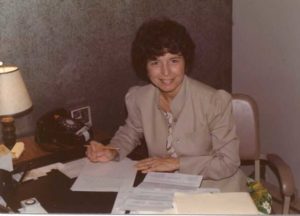 My mother recently called me to discuss resigning as board chairman of the ambitiously scaled non-profit start-up she’d been championing pro bono for the past two years. A younger, self-made man with all the qualifications, connections, and savvy, not to mention a private jet and direct line into the Dalai Lama, wanted the position for himself.

“As well he should,” I told my mother. Petite, with an ageless innocence, my mother is a dancer at heart, an educator by trade, and lives off her hard earned pension. Her direct line is into her dog groomer.

“It’s the right move, the right time,” I assured her. She had accomplished what the visionaries had brought her in to do: build the foundations of an organization and foster partnerships that would propel their vision forward. Now, with hundreds of millions of dollars to be raised, it was time to bring in the big guns with the big egos. “It’s a man’s world,” I hated myself for saying. “If you were a man, the hits would bounce off you. But you internalize, Mom, and I’m worried about your health, your sanity.” This was not my mother’s only job.

“Me too,” she said. My mother has weathered many stages of personal and professional flux, what comes with life’s forward motion, change, both wanted and not. But there was something in her voice this time, something she wasn’t saying.

“You feel pushed aside,” I said cautiously.

A few nights later we spoke again. She’d been unable to sleep or eat. “Until you officially hand over the reigns, Mom, this anxiety will not pass.”

Was she sensing impending obscurity?

One might think her resumé of past achievements would soften the fall—all the students and teachers she’s mentored, the schools she’s run or founded, the cities that have honored her, the arts programs to which she’s directed funds, the boards she’s served on, the newspaper articles she’s been profiled in, the seven grandkids she’s been a role model for…

We are the sum of our experiences, both our successes and our failures, and we are who we are because of those experiences. Still, when you are a born achiever like my mother is, in your non-achieving state (or your impending non-achieving state), it’s like none of that other stuff ever happened. You pace your bedroom at night, unable to eat or sleep, you scour clean your kitchen and barbeque, you fret and think and punish yourself for everything and anything. Then you punish yourself for punishing yourself, because, why are you punishing yourself? Your mind in a spiral, you see your therapist and practice deep breathing exercises, none of which work.

“It’s unfeasible to live without sleeping or eating, Mom,” I said.

She remained silent. Both of us thinking the same thing, that if she was thirty, or even fifty, we would be having an entirely different conversation. Man’s world my ass.

But my mother is seventy-eight.

“You could stay and fight,” I said, reaching far down into my depths to muster some enthusiasm for this idea. My mother is a people pleaser, not a fighter. Nor is she a game player, political maneuverer, or “member of the club.” And as far as money goes, totally beside the point, she gives it away the minute it’s made. She’s whimsical and spontaneous, tenacious and indefatigable, with ideas so wise in their innocence I’m reminded of Forrest Gump. Thus, these situations she keeps finding herself in, positions meant for Presidents and Kings.

She set out to be a dancer, became a teacher out of necessity to pay for my father’s doctorate and, in inspiring others, found her calling. Over the next fifty years her career in education would tentacle off into a variety of unchartered directions—film production, global shipping, performing arts, a charter school, and this latest endeavor, ocean sustainability (two years ago my mother’s knowledge about the ocean consisted of how to carefully wade your way into it without getting your hair wet), always in the realm of mentorship, vision building, and leadership. She has a way, with her box of chocolates, of getting everyone on the same page.

“But why fight,” I said finally, responding to my own question.

“You’ll still be on the board,” I said, because I could hear the air leaking out of her. “He can’t do this without you. You just won’t be the one.” I winced, visibly, upon saying this. Obscurity is my mother’s greatest fear. “How about magnificent obscurity?” I quickly offered, thinking of my own motto.

A strangled laugh escaped her.

The next day she sent me an email saying that she’d resigned. The new chairman had been awed by her professionalism, passion, and work ethic, and she was already overwhelmed with her new, albeit subordinate role. “I’m learning so much!”

Off she goes. Last I heard from her, she was boarding a ship to meet with the guy who discovered the wreckage of the Titanic.

Meanwhile, I sit here scratching my head. “I’m learning so much!” A phrase I’ve heard from her countless times over the years. The more you learn, the more you want to learn, a phenomena that snowballs with age, apparently, as if she were a sponge wanting to suck up the universe with her last breath. Apparently, what drives us when we are sixteen and twenty-five drives us when we are sixty-one and seventy-eight, and it will be driving my mother when she is ninety-three.

Curiosity. Thirst. I’m convinced it’s what’s keeping her not just alive (for isn’t it enough to be smelling the roses at her age?), but bursting with profound life. Not just making a difference, but a magnificent difference.

The new chairman was at one point enamored enough to ask her about her genes, her DNA, as if he were in the market for some. “Still being determined,” was her response. My mother was adopted. She knows nothing of what might be in store for her in her seemingly elusive twilight, and she prefers it that way.