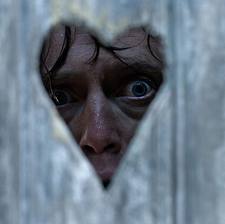 Take your husband to see the movie Headhunters, and then remind him that you, too, need no material possessions to make you happy…That you are not with him because he keeps you bathed in luxury.

This is the impetus for the eccentric and brilliant Norwegian thriller that will leave you cowering like few others. Roger, a successful corporate headhunter, narrates a brief opener as we watch his stunning, statuesque wife step out from the shower: someone like him, at a mere 5’6” in height and by his own standards plain looking, doesn’t get loved by such a woman without overcompensating for these so-called defects. And that means gifts, a lavish lifestyle, a swank, sleek air of pretentiousness, a façade he supports (barely) by moonlighting as a robber of precious artworks.

Let me digress on the premise here a minute to say that women have come a long way in terms of sharing open, equal relationships with their husbands. But have men? It’s your birthday coming up; can you see the terror in his eyes? For what gift can he thrill you with this year that tops last year? From a hand made card to a store bought cake, to flowers, diamonds, or hard fought after dinner reservations.

The question is, do husbands misinterpret their wives’ desires? Or are these the desires we truly want? “Who do you think I am?” Diana asks Roger with a depth of feeling one stereotypically doesn’t expect from such a beauty. And now, in his eyes, is a new kind of terror. Could he have gotten it all wrong? 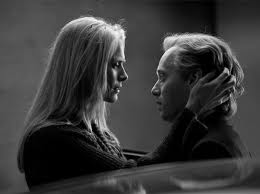 I couldn’t help feeling sorry for Roger—charmingly arrogant, not entirely unhandsome, masking his insecurities with that bumbling air of pretense—as things slowly, and then frantically unravel. One of his clients, a former Special Forces commando, now a CEO candidate, is out to kill him with a relentless drive I’ve rarely seen in prior films, and for reasons that aren’t so clear. An art heist gone wrong? An affair? That CEO job? Whatever it is, don’t worry, it will come together strangely and cleverly in the end, and not in any way you’d ever expect it to.

I can’t help but wonder if this is the author’s metaphor for a man’s take on marriage, or even a woman’s; I closed my eyes part of the time.

The movie, in Norwegian with English subtitles, is based on the crime novel by Jo Nesbo. I was disheartened to learn that America is already working on a remake. As with The Girl with the Dragon Tattoo, don’t wait, don’t waste your money on the remake. Go see the original, if you have access to it.