A Roman icon comments on Woody’s “To Rome with Love” 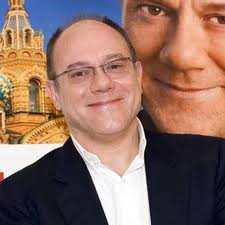 Carlo Verdone—a famous Roman actor, director, and comedian comments on Woody Allen’s film To Rome with Love in La Repubblica. You can read the full article here: http://www.repubblica.it/spettacoli-e-cultura/2012/05/28/news/verdone_allen_roma-36086553/index.html?ref=search, if you can read Italian that is, which I can’t, so I had excerpts translated. I wanted the unfiltered, non-American perspective. I wanted to know what real Romans thought because this film, after all, is about them. I found Verdone’s comments direct, honest, and, while brutal, I still wanted to showcase them here because they are in line with the feedback we had received from Italians who had seen the film in Rome when it first opened.

Verdone furious with Allen – “His false Rome makes me cry”

“Woody Allen’s film on my city? It’s not funny, in fact, it makes me cry—it’s a completely useless work, it shows a capital that does not exist, I wish it existed in this way, and that in my opinion it never existed. Not in heaven or earth, period. His is simply a work to promote tourism: he wanted to take a nice vacation and that’s it. And to think that everyone in Italian cinema went after him, wanting to participate in the film: then they complained that they all ended up on the cutting room floor, but what did they expect? The reality is that this metropolis is the same as the one you see at the beginning of Fellini’s Roma: remember the scene, the traffic jam on the highway? I say this with pain, but we are still at that point. At least Fellini added poetry to the city, instead today we are left with only the decay.”

The impetus for this conversation comes from his interview with [the magazine] Sorrisi & Canzoni, in which he defined the Allen film To Rome with love “the ugly film made by one who doesn’t understand anything about Rome. A film good only for printing postcards sold in Tabacchai”. Words that the director and actor, a living symbol of the city, does not deny. In fact, he adds to them: his is an accusation aimed not only at Woody Allen but also to local politicians.

So Carlo: yours is a failing grade without possibility of appeal…

“I am sorry to say this about Woody, but that’s how it is: his last work is a fraud, in which he simply regurgitated the common stereotypes. It’s a Rome seen through the eyes of Americans, who when they travel to Rome hope to see it this way: fun-loving and simplistic locals, the monuments, you eat well… instead Rome is a city full of problems, that I love dearly, that I hold dear to my heart, but it has become impossible. And I only recently realized this, having spent three months away, in Turin.”

Allen’s film upset you then for all of these reasons.

“Certainly: he only wanted to vacation in Rome. He gave the American public what they wanted to see: a somewhat ignorant representation.”